No lily-muffled hum of a summer-bee,
But finds some coupling with the spinning stars;
No pebble at your foot, but proves a sphere;
No chaffinch, but implies the cherubim;
And (glancing on my own thin, veinèd wrist),
In such a little tremor of the blood
The whole strong clamour of a vehement soul
Doth utter itself distinct. Earth’s crammed with heaven,
And every common bush afire with God;
But only he who sees, takes off his shoes... 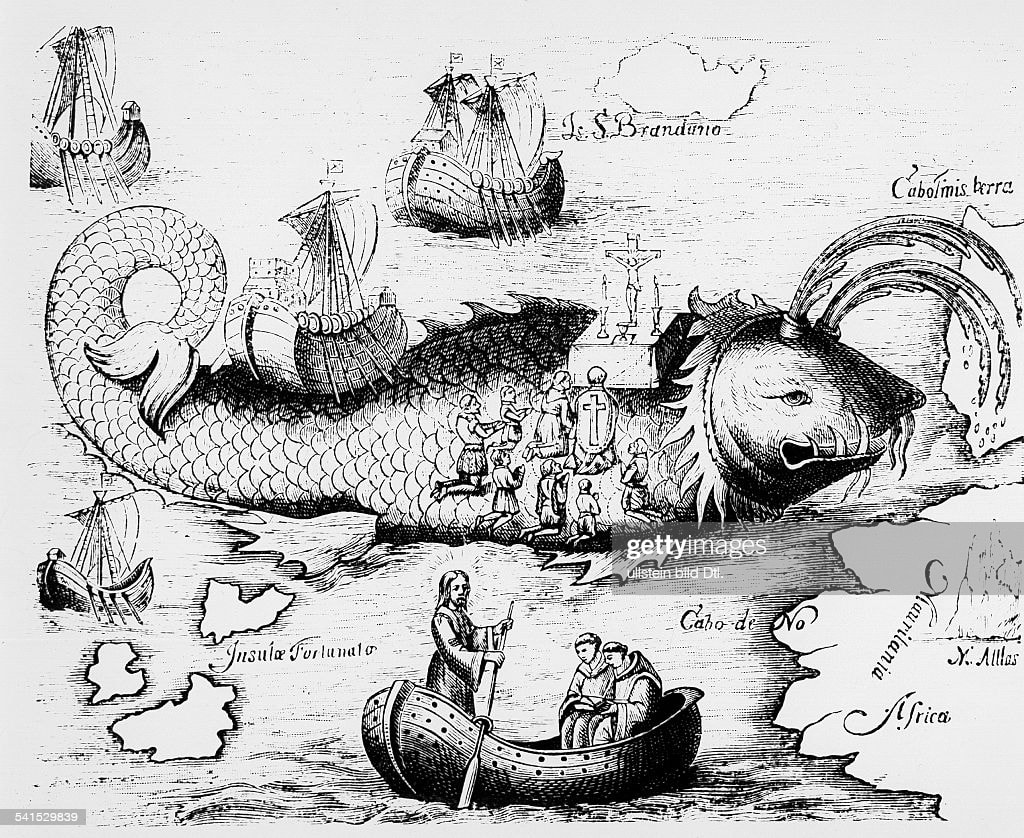 ​The early Irish monks were great seafarers. The most famous is Saint Brendan the Navigator, who lived in the 6th century and whose most remarkable journey was undertaken with 13 fellow monks to find the Garden of Eden, the 'land of the blessed".   The journey is described in detail in the 9th century Navigatio Sancti Brendani Abbatis (Voyage of Saint Brendan the Abbot).  Brendan has various adventures on his voyage, stops at various islands, and reaches a great land far in the West which many believe was North America. Columbus was very familiar with this story and, half way across the Atlantic, he stopped his flotilla of three vessels and said '‘This is about the area where we should find the islands which St Brendan visited." Columbus clearly believed in the story and the islands described in Brendan's narrative were marked on mediaeval maps.

On May 17th, 1976, explorer Tim Severin and his four fellow crew men  rowed out of Brandon Creek on Ireland’s Dingle Peninsula, the spot from which St Brendan is reported to have departed almost 1,500 years earlier to begin what would prove a 7,200km epic journey. Severin's  13-month voyage took him via Iona, the Hebrides, the Faroe Islands, Iceland and Greenland. He and his crew landed safely in Newfoundland despite travelling through storms of up to force 12, with 40 foot waves swamping the small boat.

Severin later explained in a documentary film he made about the voyage: “It was the first of my major projects, and it was to test whether the story of St Brendan, which was hugely well-known during the later Middle Ages, could have been true." His conclusion was that Brendan and his monks could indeed have sailed to the New World.

Severin filmed the thrilling journey. It can be watched in two parts - click on the images below.