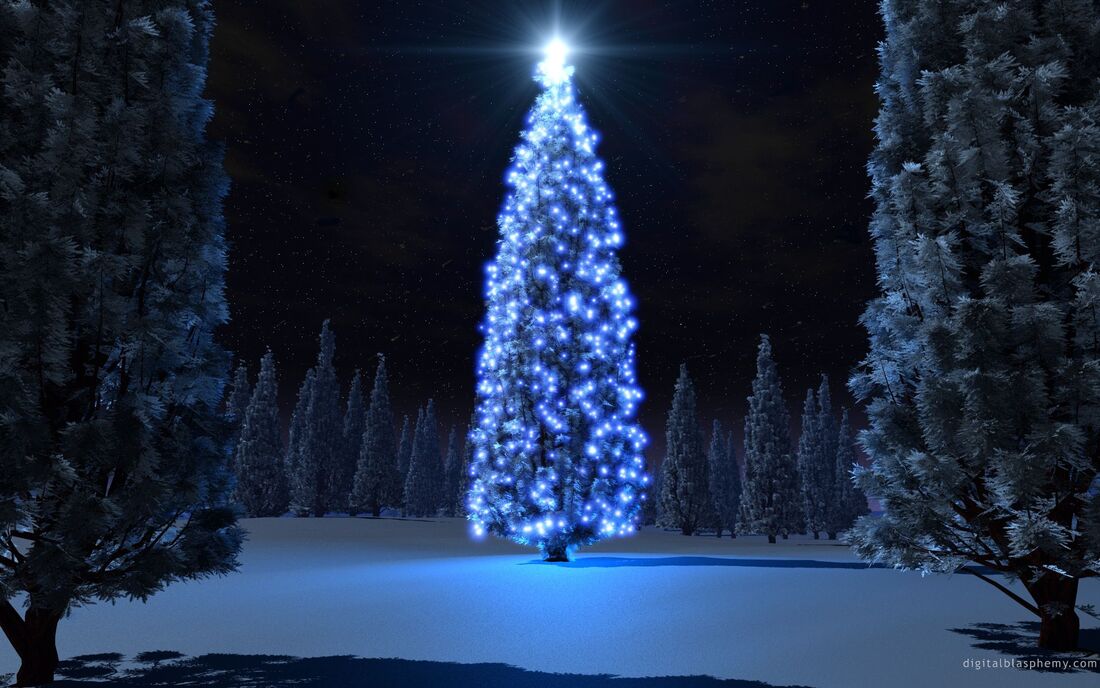 There are several attitudes towards Christmas,
Some of which we may disregard:
The social, the torpid, the patently commercial,
The rowdy (the pubs being open till midnight),
And the childish – which is not that of the child
For whom the candle is a star, and the gilded angel
Spreading its wings at the summit of the tree
Is not only a decoration, but an angel.

The child wonders at the Christmas Tree:
Let him continue in the spirit of wonder
At the Feast as an event not accepted as a pretext;
So that the glittering rapture, the amazement
Of the first-remembered Christmas Tree,
So that the surprises, delight in new possessions
(Each one with its peculiar and exciting smell),
The expectation of the goose or turkey
And the expected awe on its appearance,

So that the reverence and the gaiety
May not be forgotten in later experience,
In the bored habituation, the fatigue, the tedium,
The awareness of death, the consciousness of failure,
Or in the piety of the convert
Which may be tainted with a self-conceit
Displeasing to God and disrespectful to children
(And here I remember also with gratitude
St.Lucy, her carol, and her crown of fire):

So that before the end, the eightieth Christmas
(By “eightieth” meaning whichever is last)
The accumulated memories of annual emotion
May be concentrated into a great joy
Which shall be also a great fear, as on the occasion
When fear came upon every soul:
Because the beginning shall remind us of the end
And the first coming of the second coming.

NOTE: the meaning of this poem is beautifully captured in a review by Casey N Cep, Paris Review, 18 December 2013:

If our senescence is to be anything like our infancy, then it will require cultivating a sense of wonder. In appealing to first and lasts, Eliot is, as in the rest of his poetry, at the edge of despair; only in “The Cultivation of Christmas Trees,” he stands firmly on the side of joy. I love the poem because he invites us to join him, to look again for enchantment and wonder in our lives, to stare at Christmas trees until the electric lights twinkle like stars.

Drop down, ye heavens, from above,
and let the skies pour down righteousness.

Be not wroth very sore, O Lord,
neither remember iniquity for ever:
thy holy city is a wilderness,
Sion is a wilderness, Jerusalem a desolation:
our holy and our beautiful house,
where our fathers praised thee.

Behold, O Lord, the affliction of thy people,
and send forth him whom thou wilt send;
send forth the Lamb, the ruler of the earth,
from Petra of the desert to the mount of the daughter of Sion:
that he may take away the yoke of our captivity.

Comfort ye, comfort ye my people;
my salvation shall not tarry:
why wilt thou waste away in sadness?
why hath sorrow seized thee?
Fear not, for I will save thee:
For I am the Lord thy God,
the Holy One of Israel, thy Redeemer.
Roráte caéli désuper,
et núbes plúant jústum.