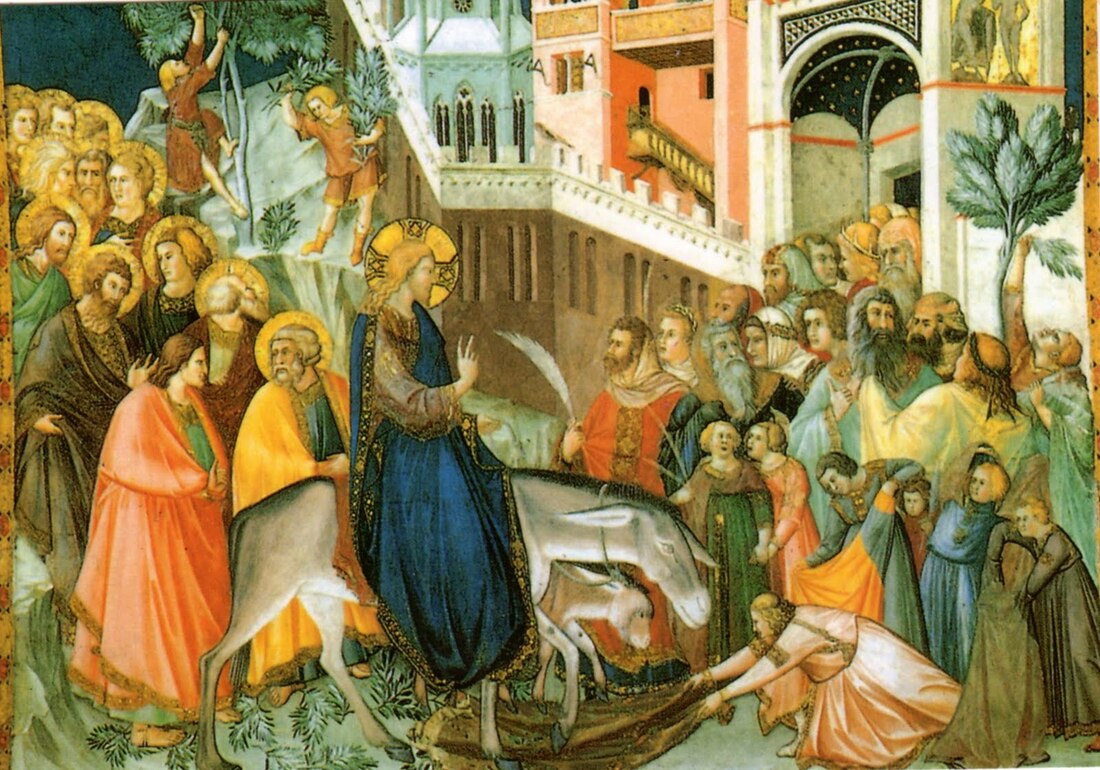 The Donkey
By G. K. Chesterton

When fishes flew and forests walked

And figs grew upon thorn,

Some moment when the moon was blood

Then surely I was born.


With monstrous head and sickening cry

On all four-footed things.


The tattered outlaw of the earth,

Of ancient crooked will;

Starve, scourge, deride me: I am dumb,

I keep my secret still.


Fools! For I also had my hour;

One far fierce hour and sweet:

There was a shout about my ears,

And palms before my feet.
In his poetry, Wendell Berry usually emphasizes Sabbath as a day of rest and worship,
separate from the work of the other six days of the week, but in this poem he recognizes
the extent to which work and worship are intertwined. As a farmer as well as a poet, he
recognizes that the success of his work depends not only on the labor of his hands but also
on God’s work in the created universe. Notice the verbal play on the word “rest” in the last
line of the poem; Sabbath is a day of rest, and its spirit rests on any day in which work is
done well, with a grateful recognition of God’s grace.

Whatever is foreseen in joy
Must be lived out from day to day.
Vision held open in the dark
By our ten thousand days of work.
Harvest will fill the barn; for that
The hand must ache, the face must sweat.

And yet no leaf or grain is filled
By work of ours; the field is tilled
And left to grace. That we may reap,
Great work is done while we’re asleep.

When we work well, a Sabbath mood
Rests on our day, and finds it good.
/
Friday of the Fourth Week of Lent: Crucifixion
John Greenleaf Whittier imagines nature’s response to the Crucifixion, picturing the
change in the sky and the earth at Jesus’s death. In doing so, he is relying on the Gospel of
Matthew, which records that at the moment of Jesus’s death, “the curtain of the temple was
torn in two, from top to bottom; and the earth shook, and the rocks were split; the tombs
also were opened, and many bodies of the saints who had fallen asleep were raised, and
coming out of the tombs after his resurrection they went into the holy city and appeared to
many” (27:51-53). Whittier’s final question is challenging: If the very heavens and earth
tremble at the Crucifixion, what should be the response of a person’s “sinful heart”?

Crucifixion
JOHN GREENLEAF WHITTIER
Sunlight upon Judah’s hills!
And on the waves of Galilee;
On Jordan’s stream, and on the rills
That feed the dead and sleeping sea!
Most freshly from the green wood springs
The light breeze on its scented wings;
And gayly quiver in the sun
The cedar tops of Lebanon!

A few more hours, – a change hath come!
The sky is dark without a cloud!
The shouts of wrath and joy are dumb,
And proud knees unto earth are bowed.
A change is on the hill of Death,
The helmed watchers pant for breath,
And turn with wild and maniac eyes
From the dark scene of sacrifice!

That Sacrifice! – the death of Him, –
The Christ of God, the holy One!
Well may the conscious Heaven grow dim,
And blacken the beholding Sun.
The wonted light hath fled away,
Night settles on the middle day,
And earthquake from his caverned bed
Is waking with a thrill of dread!

The dead are waking underneath!
Their prison door is rent away!
And, ghastly with the seal of death,
They wander in the eye of day!
The temple of the Cherubim,
The House of God is cold and dim;
A curse is on its trembling walls,
Its mighty veil asunder falls!

Well may the cavern-depths of Earth
Be shaken, and her mountains nod;
Well may the sheeted dead come forth
To see the suffering son of God!
Well may the temple-shrine grow dim,
And shadows veil the Cherubim,
When He, the chosen one of Heaven,
A sacrifice for guilt is given!

And shall the sinful heart, alone,
Behold unmoved the fearful hour,
When Nature trembled on her throne,
And Death resigned his iron power?
Oh, shall the heart – whose sinfulness
Gave keenness to His sore distress,
And added to His tears of blood –
Refuse its trembling gratitude?