The Crucifixion: A Meditation on the Sacred Passion of the Holy Redeemer is an oratorio composed by John Stainer in 1887. Modelled on the great passion settings of J.S. Bach, Stainer’s Crucifixion  vividly portrays the events of the Passion of Christ. It is performed here by the Choir of Peterborough Cathedral, conducted by Stanley Vann. You can follow the words here.
One hour.
Daily Music for Holy Week
Monday: From Olivet to Calvary
by John Henry Maunder (1858-1920) 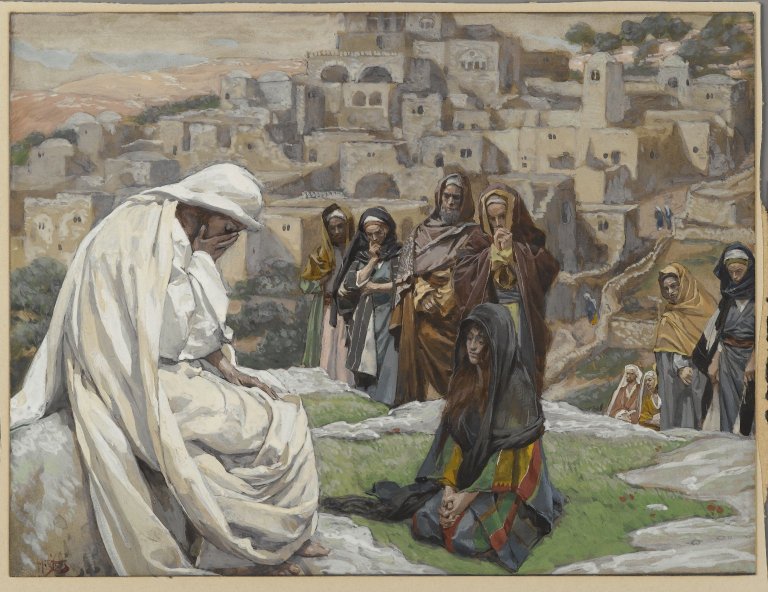 Phillip Tolley, in the website of British Choirs on the Net, writes: Olivet to Calvary ‘is a fine example of music written for the late Victorian/early Edwardian Anglican church. Considered by some to be over sentimental by modern tastes, it contains a sincerity and dedication which, despite being a definite product of its time, has carried the piece through to the modern era. Its popularity is in part due to its simplicity, needing only organ, choir, bass and tenor soloists, it is a work which can be performed by the smallest choirs.

Described as a sacred cantata, Olivet to Calvary recalls the scenes which mark the last few days of Christ's life on earth. Part 1 starts with Christ's jubilant journey to Jerusalem and ends with the scene on the Mount of Olives. Part 2 begins with the Feast of Passover with Christ's commandment to his disciples to 'Love one Another' and ends with the Crucifixion at Calvary. It is interspersed with congregational hymns which reflect on the scenes. ‘While a slight and somewhat outdated work Olivet to Calvary, like Stainer's more substantial Crucifixion, rewards sincere performance.’  (Courtesy of Wikipedia).
Palm Sunday
Procession of Palms
Malcolm Williamson was born in Sydney in 1931; He studied composition and horn at the Sydney Conservatorium of Music. In 1950 he moved to London where he worked as an organist, a proofreader, and a nightclub pianist. A convert to Catholicism in 1952, he  became Master of the Queen's Musick in 1975.

The seldom heard Procession of Palms is a wonderful little piece in three sections: 1. 'Ride on in majesty' (you can almost see the donkey clip-clopping along!); 2. 'All Glory, Laud and Honour'; and 3. 'Benedictus qui venit'. It is  performed here by The Mastersingers, conducted by  Alan Simmons, with the composer playing the organ. It was recorded in St Catharine’s College, Cambridge.